Let me tell you something about me

Le Prince was born in Amsterdam, Netherlands on May 4th, 1986.
Early in his childhood, he was heavily influenced by traditional Surinamese music and sang in a Kawina, Kaseko Group. As a teenager he loved making music and participated in different youth programs to make this traditional music. He grew up in a musical family listening to jazz, classical music, hip hop, reggae and other genres of music. However, when Le Prince saw Michael Jackson perform on stage, he made the conscious decision that he wanted to be an artist. After many years of practice, his first major performance was at the Kwaku Festival in Amsterdam singing Surinamese music.
Things were really hard for this upcoming artist and the tables turned for a life changing experience. After some tough experiences in the streets, Le Prince was exposed to the teachings of Rastafari and began changing his life. He started singing Reggae music to promote the principles and ways of life that he received from the teachings through a band called Liberty Sound. They would travel throughout Holland performing Reggae Music. At some point Le Prince left to focus on developing his solo career.
In his musical career Le Prince has been inspired by Bob Marley, Peter Tosh, Jacob Miller, Israelites, Toots and the Maytals, Dennis Brown, Shabba Ranks, Buju Banton, Sizzla and Turbulence. LePrince worked hard to create his own style combining reggae with an electronic flavour. His first song that garnered large recognition was Forgive Me produced by Leffy Ignacio Cairo.
In 2008, Le Prince placed second in the Amsterdam City Games Competition and in 2010 he won first place in an HIV Campaign to teach the youth about the disease through music. He toured Holland singing and speaking about the problems that the epidemic causes in the world. That same year he also won the Best R.O.C. artist for R.O.C. Central Netherlands.
He has been very focused refining his art and expresses that, “Music is All About Life And My Life Is All About Music.” He believes that through his music, he shows that you can become something out of nothing and that you should always focus on positive things and never worry about what others think of you.
Reggae
Le Prince has shared the stage with great artists like Elephant Man, Beenie Man, Richie Spice, Coco Tea, Natural Black, Ziggi Recado, Jah Cure, Tarrus Riley, and Dean Fraser, Midnite, Fantan Mojah and Turbulence. He toured overseas in concert with Richie Spice and Lutan Fyah. He also served as a Master of Ceremony for concerts featuring Sizzla, Ska Legend, and Toots and The Maytals, Gyptian, Fantan Mojah, I Wayne, Bushman, Jah Cure, Beres Hammond, Midnite, Tarrus Riley, Dean Fraser, Gramps & Peetah Morgan( MorganHerritage Family). Le Prince has performed with Several Artist like Turbulence and Natural Black, Natty King, and Fantan Mojah in a sold out Heineken Music Hall at the Amsterdam Reggae Festival.
Electronic/ Reggatronic
By bafflingly fusing trap, future base, dubstep, drum & base and freestyle, moombahton, dancehall, ragga, reggae with electronic LePrince created a whole new subgenre that he himself named ‘’Reggatronic’’.
He initially got introduced into the electronic scene by Boaz vd Beatz via Skinto. He performed alongside Boaz vd Beatz at numerous festivals such as Defqon, SummerFestival Antwerpen and IntentsFestival and in 2015 he signed a publishing deal with Boaz vd Beatz’s Publishing From the Beatz / BMG Talpa Publishing.
He performed with Dr. Phunk and Hardwell at the Revealed Stage on the closing night of The Amsterdam Dance Event 2017 and MC-ed at festivals such as DefQon, Airforce, Intents, SunGlow, DreamVillage, Decibel Outdoor, the Qontinent, Daylight, Solar, Zwarte Cross and Sziget. He MCs for loads of DJ’s, shows and festivals because of his abundant energy levels.
LePrince did various projects with Dyro, Tom & Jame, LNY TNZ, Dirtcaps, Boaz vd Beatz and Trobi just to name a few.
Being a vocalist and MC first place, but having mastered the skills of the turning tables, LePrince is now a full solo ‘’Reggatronic’’ act. 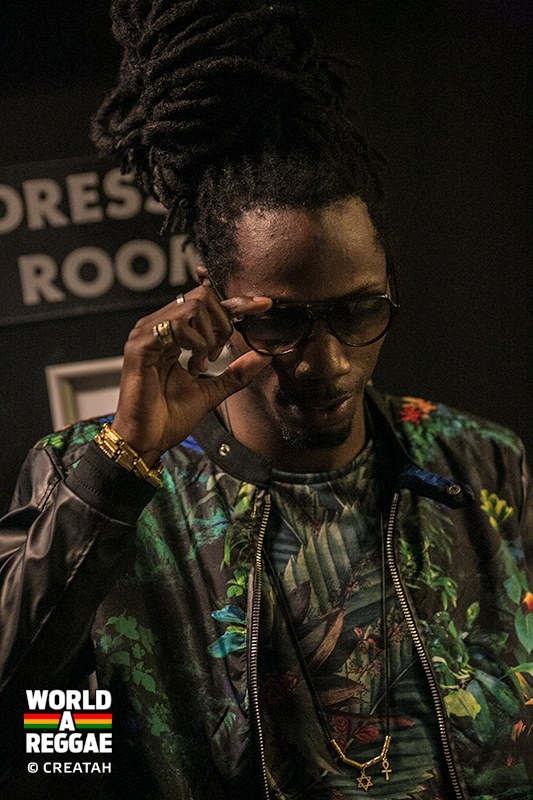